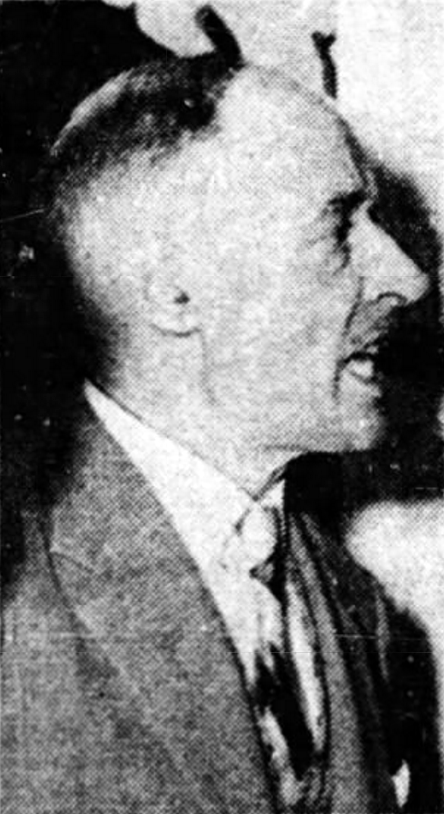 FOREWORD:  I’ve chosen this article from The Ottawa Citizen of Wednesday, August 2nd, 1967, because unlike many of the press accounts of Arcand’s passing, this one seems to be a little bit respectful and a bit more realistic.  Today is June 16th, 2020; i’m backdating its publishing to 24 February 2020, back-to-back with the existing post on Arcand’s Last Will and Testament.

Adrien Arcand in the post-war years

This one, like other articles over the years of coverage, calls him “gaunt”. Arcand had somewhat frail health all his life.  After nine months bedridden as a youth, he survived a deadly Spanish influenza epidemic, which undoubtedly took a toll on his health.  In his younger photos, Arcand is not gaunt.  But, in the Great Depression when so many others also were gaunt, he appears gaunt while leading his political parties.  He was gaunt on emerging from a 5-year and 5-week stint in Canadian concentration camps where the fare was not elegant; and he also, while in the camps, survived an attempt on his life, apparently by poisoning, which may have led to his cancer later in life.  In the years before his 1960 surgery for cancer, Arcand appears more like himself, with flesh on his bones and his cheeks filled out.  As the 1960s progressed, he became gaunt again, obviously while dying from cancer.

I make these observations because it often seems to me that authors draw attention to his physical appearance as though his gauntness were grounds for a slur against him.  In fact, it more likely proves his extraordinary stamina, in spite of the difficult and demanding life he led, and all the assaults on his health over the years.

His proud boast once was that he would march his blue-shirted legions to Ottawa in 1940 and take control of the country.  But Arcand, branded the “Canadian fuehrer,” was arrested at the outbreak of the Second World War and spent five years in a concentration camp.

The gaunt, intense man first attracted national attention in 1938 when his party came into the open.  Membership at the beginning was claimed to be over 100,000.  Thousands crammed public rallies in Montreal to hear him.

He was a dazzling speaker, leaping over the centuries of history to illustrate a point with a reference to some English King, discussing some minor figure of the Russian revolution; then switching to present-day Canada.

The National Unity party still exists.  But there is no evidence its influence or following is more than negligible.