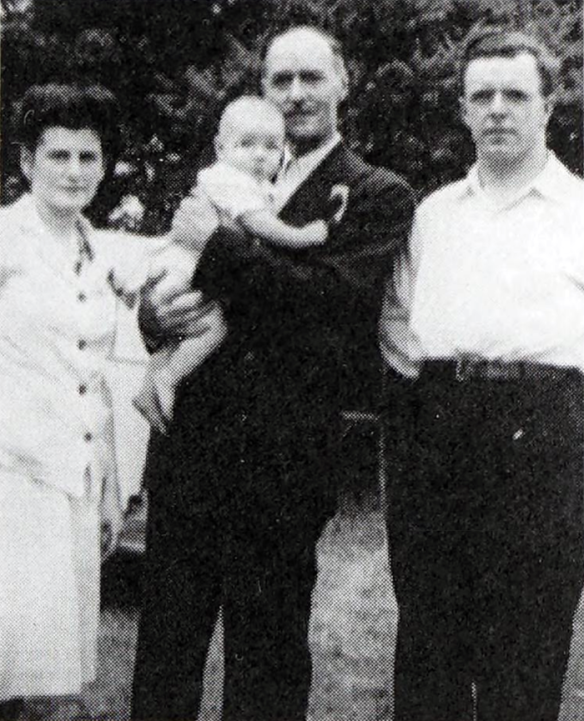 Since the family unit is the surest protection for individuals and for classes, even those that socialism wants to see disappear, socialism aims to deplete, dissolve and eliminate the family, numerous of whose rights have already been annihilated by liberalism.

Avers The Family Is
Fascism’s Ideal

Taking as its ideal the family — created by God and therefore perfect — Fascism in Quebec seeks to set up a new order based on God, King, country, property, family and personal initiative, Adrien Arcand, leader of the “Parti Social National Chrétien,” told the Social Problems Club of McGill University yesterday.

Of course, Fascism was dictatorship, he said, but this was a principle that went throughout nature.  Even in the beehive there was a dictator; heads of businesses and families were dictators.  Why had Bennett and Taschereau failed in government when they were so successful in their own businesses?  Because in Parliament and the Legislature they had been hampered by opposition.  Carrying on his analogy of the family, Mr. Arcand said that the state had to be rigid, just as a good father had to be who loved his children and wanted them to grow up healthy and sane.

Christianity, he emphasized, was the basis of Fascism, and in answer to a question he defined it as “a belief in the testament of love rather than in the testament of terror.”  Under democracy, exploiters stood between God and His children.  This Fascism would not tolerate.  Nor would it tolerate immorality.  “Whatever the yells,” he said, “pornography will be burned in public places.”

It was not because of Communism, “our direct enemy,” that Fascism came into being, said the leader.  It was because of the failure of democracy, which was based on liberty, an illusion.  “We hear only liberty — liberty to rebel against God, against our country, against law and order.  We never hear of duty,” Fascism sounded the call to duty.

Mr. Arcand blamed democracy for rebellions, strikes and wars, and even ugly architecture.  (The grandest achievements of men — Versailles, for instance — were in the days before democracy.)  It was to blame for the disruption of national unity and vision and for the new and damaging spirit of internationalism.  Liberalism he described as the ante-chamber of socialism, which could lead only to Communism, anarchy, the state of the beast.